Why Anxiety is Becoming So Apparent in Adolescents 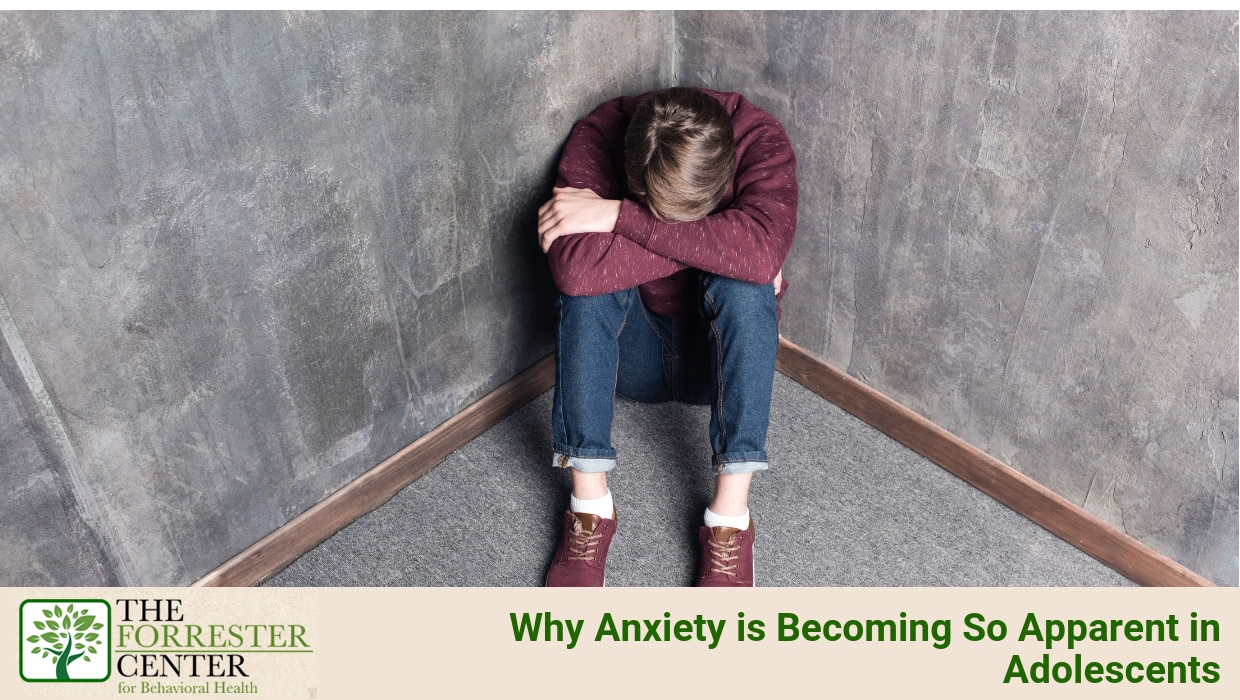 Adolescence has always been a difficult time in a person’s life. It’s the time at which we slowly turn from children into adults, both physically and mentally. We begin to forge our own lives away from our parents, preferring to spend time with our own friends, and of course adolescence is the time when romance first begins to blossom.

The adolescents of today seem to have more to deal with than the adolescents of previous generations. Multiple media channels bombard them with constant opinions about what they should or shouldn’t be doing. Social media means their lives are online for anyone who takes an interest. Educational demands seem higher, and peer pressure is – for many – a daily torture.

Anxiety in Adolescents is a Growing Issue in the United States

It’s perhaps no wonder then that more and more adolescents are showing signs of anxiety. According to figures released by Wolters Kluwer Health, around one in twenty children and teens in the United States suffer from anxiety and depression – that number amounting to around 2.6 million.

In 2012 it was estimated that 8.4 percent of adolescents in the US had been diagnosed with anxiety and/or depression. That’s a substantial leap from the 5.4 percent recorded in 2003.

Anxiety can cause the brain to overreact to even mundane situations, increasing a person’s breathing and heartache, causing excessive sweating and even instigating panic attacks. If left untreated, anxiety can have devastating consequences. It affects family relationships and friendships and restricts a person’s desire to partake in social and extracurricular activities. It may also affect their schoolwork.

Spotting Signs of Anxiety is not Always a Simple Process

It is important that anxiety is spotted as quickly as possible so that it can be treated, but spotting anxiety-related behavior in adolescents can be tricky, as such signs are often dismissed as ‘teenage angst’.

If new traits such as unexplained outbursts or spending long periods in isolation become frequent, then these can be signs of anxiety as opposed to a teenager simply battling with the many changes that adolescence brings. There are physical symptoms too – headaches, stomach problems, aches and pains, fatigue and generally ‘not feeling well’. If such symptoms begin to become a frequent problem, and they are combined with emotional abnormalities, then anxiety could be the cause.

Anxiety is treatable, but it is only treatable if diagnosed. If you feel that an adolescent family member or friend could be suffering from anxiety, then it is important that they are evaluated by a mental health expert. If you’re in need of help with a teen that may be suffering from anxiety or depression, the experienced team at The Forrester Center would be happy to discuss next steps with you and/or your teenager.